Have Less. Do Less. Be More

Have Less, Do Less, Be More.
Slowing down is the key to connect with Yourself. 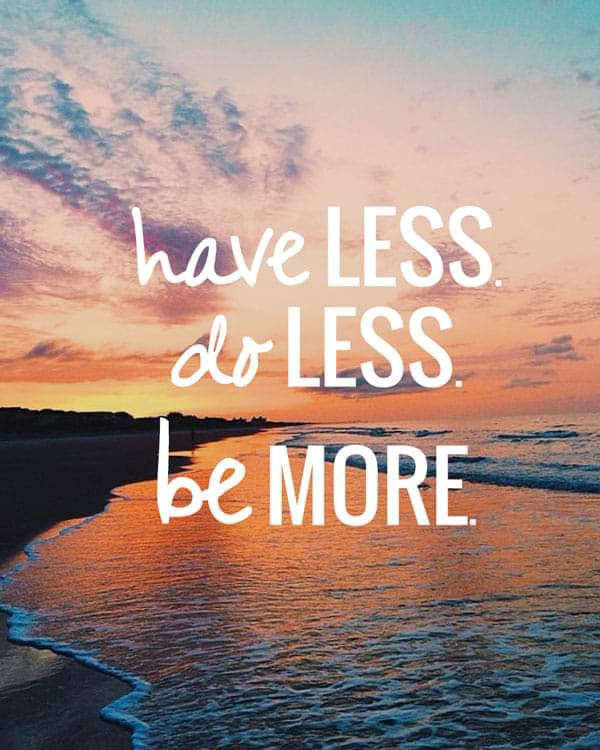 If you have to do something then
Do what you Love.
Do What Energizes you.
Do What you feel doing
Do What brings you Joy
Do What you really Need.
Do What you Absolutely have to do.
Do What makes you come Alive
Do What expresses your presence
Do what unleashes your creativity
Do What you Are
Be What You Are.
Do Less, Have Less and Be More
at June 13, 2020 No comments:
Email ThisBlogThis!Share to TwitterShare to FacebookShare to Pinterest
Labels: Being, slowing down 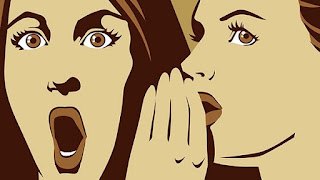 In the Tasawwuff sufi/irfan traditions Suspicion in most cases and Doubt in some cases are an indication that the heart (Qalb) is affected with a spiritual disease.
Suspicion increases the fear of people, pessimism and misguided thinking, hence resulting in unwanted anger, anxiety, sadness and resentment, slander and backbiting that destroys the body, mind, and soul. Suspicion robs health from the body, peace from the mind, and weakens the soul.
There is a verse in the quran which reads "O you who believe! Avoid much suspicion, for some suspicion is a grave sin; and do not spy (on one another), nor backbite (against one another). Would any of you love to eat the flesh of his dead brother? - 49:12 - Quran
The Quran calls to avoid suspicion (zann, also translated "conjecture"), spying on others to find faults (tajassus), and backbiting (ghibah). The Quran considers backbiting and slandering someone in their absence so sinful and abhorrent that it is compared to "eating the flesh of ones brother".
Suspicion leads to jealousy, hatred, slander and backbiting. slander and backbiting are repugnant to the intelligence, and to the heart, to humanity and conscience, to human nature, and social brotherhood/sisterhood.
Slander and Backbiting is a shameful weapon and most used by people of enmity, envy, and obstinacy; no self-respecting, honorable human being would ever demean themselves by resorting to such a vile weapon.
Backbiting consists in speaking about an absent person in a way that would repel or annoy him or her if he or she were present and were to hear. If the words uttered are true, that is backbiting; if they are not, this is both backbiting and slander and, therefore, is a doubly loathsome sinful behaviour.
Avoiding Suspicion, slander, backbiting to keep a peaceful and calm heart and mind.
In the prayer Dua of Makarimul Akhlaq the supplication for Noble Moral Character Imam Zainul Abideen (a.s) says:
أللَّهُمَّ صَلِّ عَلَى مُحَمَّد وَآلِ مُحَمَّد
“O Allah(SWT), bless Muhammad(SAWS) and Muhammad’s Household(A.S)
وَأَبْدِلْنِي مِنْ بِغْضَةِ أَهْلِ الشَّنَئانِ الْمَحَبَّةَ
and replace for me the animosity of the people of hatred with love”.
وَمِنْ ظِنَّةِ أَهْلِ الصَّلاَحِ الثِّقَةَ،
“And (replace) the suspicion of the people of righteousness with trust/confidence
وَمِنْ عَدَاوَةِ الأَدْنَيْنَ الْوَلايَةَ،
“And the enmity of those close with friendship
In this Supplication Imam Zainul Abideen (a.s) is saying to us that we should ask Gods Support to grant people to love us instead of hate us, and affection instead of envy.
This Dua focuses on cultivating Love, Compassion, Confidence, Friendship as noble manners in the society.
1. Transformation of hate to love
2. Transformation of jealousy to compassion
3. Wanting confidence in place of suspicion
4. Friendship in place of enmity
5. Devotion in place of disrespect from relatives
Dua of Makarimul Akhlaq - https://www.al-islam.org/supplications-month-ramadhan/duaa-makarimul-akhlaq-honorable-morals
at June 04, 2020 No comments:
Email ThisBlogThis!Share to TwitterShare to FacebookShare to Pinterest
Labels: Character
Newer Posts Older Posts Home
Subscribe to: Posts (Atom)

Barriers to Self Growth and Transformation

The path of selfgrowth is similar to farming. What you will sow is what your will reap.   This post is a reminder that you always have the...